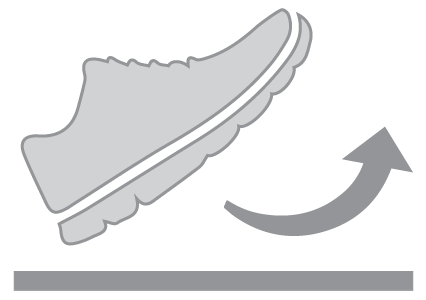 A customer walking into your store and saying “I want tile but not something slippery, its need to be rough and definitely not polished” is a common scenario. This statement is basically a question of how the tile will perform in environments where traction is a concern. Whether it be a bathroom or a commercial area that must comply with local code, customers are concerned with slippage.  But what is that code? This white page clears up some misconceptions about Coefficient of Friction (COF) ratings and will equip you with the knowledge needed to give your customers the peace of mind that they are selecting the right tile.

The Coefficient of Friction is the ratio of the force of friction between an object and a surface to the frictional force resisting the motion of the object. To measure the friction between a surface (tile) and an object you must first determine how much force is required to move an object horizontally across that surface. Imagine trying to drag a barbell across a piece of tile. If the tile is slippery then it will require less force to move the barbell as opposed to a tile that requires more force. Now swap the barbell for your customers’ foot. When your customer walks on the tile and it has a low COF it will require less force for them to experience slippage. Another way to look at is if you are standing in the middle of an ice rink. If you stand very still (no force) you probably aren’t slipping, but the moment you move (a little force is added) you might slip because ice has an extremely low coefficient of friction.

In addition to knowing the force needed for a movement to occur we also need the weight of the object to determine a single COF rating. This is because the heavier an object is the more force it will take for it to move across a piece of tile. The COF is then determined by dividing the force (horizontal force) needed to move an object by its weight (vertical up and down force). The higher the COF the more resistance there will be for movement. Therefore, a tile that with a COF of .7 is more resistant to slipping than a tile that with a .5 COF.

There are two distinct types of friction that are tested to determine a COF: static and dynamic. A slip happens when there is not enough static friction present for your show to maintain contact with the floor. At that point, you lose your connection with the floor and begin to slip.

Since static Coefficient of Friction (SCOF) refers to the amount of force it would take to create movement when an object is stationary, imagine starting to walk on the surface from standing still, and DCOF refers to the COF when the object is already in motion, think about how much force it takes to keep an object in motion, DCOF is lower than SCOF.